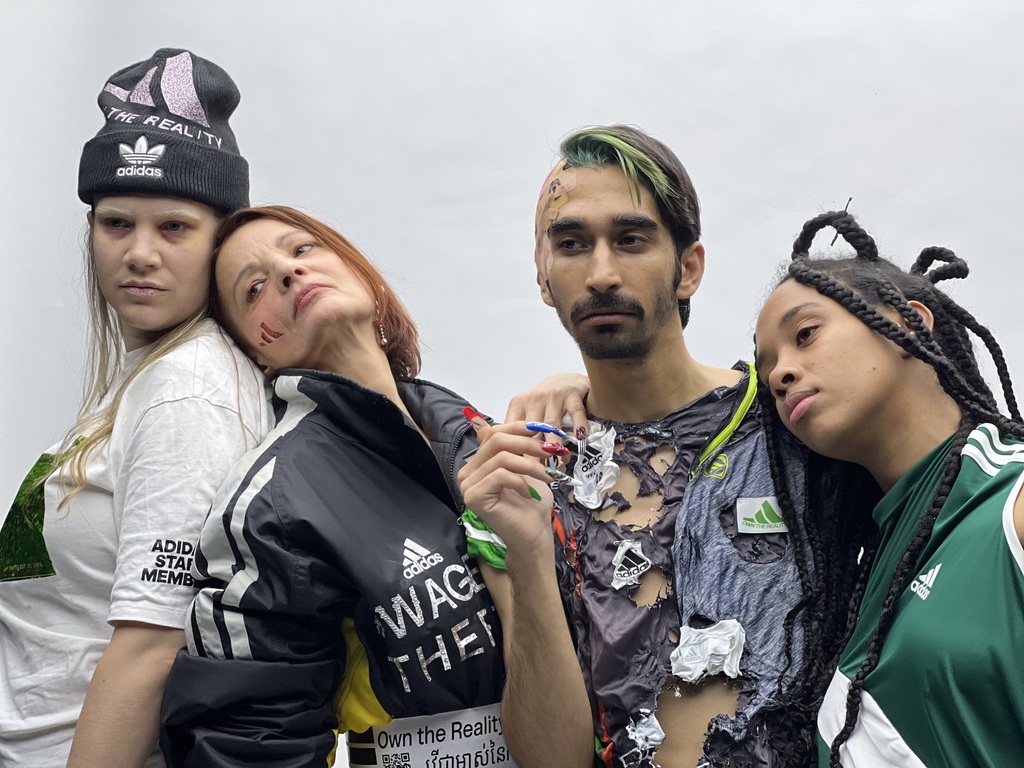 adidas' bold new plan to "Own the Reality" by cleaning up its supply chain launches at Berlin Fashion week on January 16 with a collection of suffering-forward designs that highlight adidas' renewed commitment to workers’ rights. The audacious collection of REALITYWEAR includes lust-have contributions from Bad Bunny, Pharrell Williams, Threads and Tits, and Phillip Leyesa, best known for the upcycling styles of Philllllthy.

"The first step to fixing injustice is admitting the truth and making it visible," said newly appointed Co-CEO Vay Ya Nak Phoan, the former Cambodian factory worker turned whistleblower who has been appointed alongside CEO Bjørn Gulden to ensure ethical compliance in manufacturing. "By literally wearing the toil of workers on our sleeves, we make it impossible to ignore."

The clothing and shoes in the line of REALITYWEAR are upcycled from clothing worn non-stop for six months by Cambodian workers who are owed wages withheld during the pandemic. The distressed look is an ethos: baked-in by sweat, blood and tears, bio-imprinted with an actual record of work and daily life. Workers who opt-into creating bespoke garments by wearing them earn a percentage of profits from the upcycled pieces. Credits earned by creating the distressed look are applied to their claims on back wages.

The "Own the Reality" collection brings together three giants of tastemaking. Pharrell Williams is a visionary recording artist, producer, songwriter, philanthropist, fashion designer, entrepreneur and founder of Humanrace™. Benito Antonio Martínez Ocasio, better known by his stage name Bad Bunny, is a Latin sensation with an abundance of gender fluidity and a keen sense of justice. Brooklyn-based designer Phillip Leyesa is best known as the man behind Philllllthy, an online store specialising in customisation and upcycling.

"Just like sound waves on vinyl, hard work in the factories imprints on these threads," said Pharrell Williams. "The worker is the artist, the clothes are their tracks, and we have the honour to remix it. There is no greater happiness than knowing your dope new gear pays a worker what they're owed, and I'm proud to bring my ideas and the contributions of Humanrace to adidas' REALITYWEAR."

REALITYWEAR turns over a new leaf for the company, shaking off a justice problem that has hampered business for nearly a century. Accusations of Nazism in the early years led to more debacles each decade: allegations of corruption, wage theft and even slavery. The recent misfire with Yeezy forced the company into a period of corporate self-reflection that is being addressed by new CEO Bjørn Gulden with this forward-reaching programme.

"We are not going to hide our past transgressions or sweep our current labor disputes under the rug," said Gulden. "We are going to own the reality and correct course."

The line will be released in limited edition in meatspace, with a unique NFT-based digital edition for the Metaverse coming February 1. This will be followed with a prêt-à-porter line, which will drop during Earth Week in April 2023. 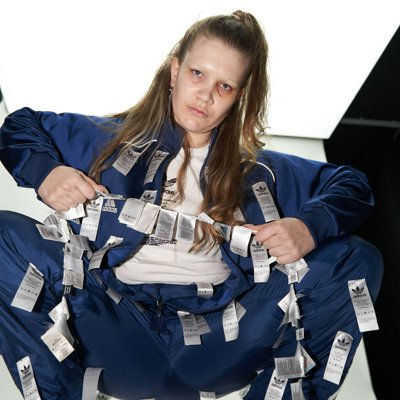 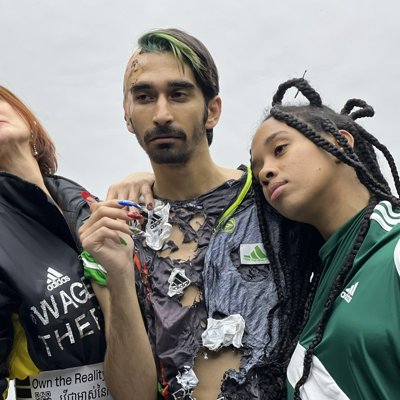 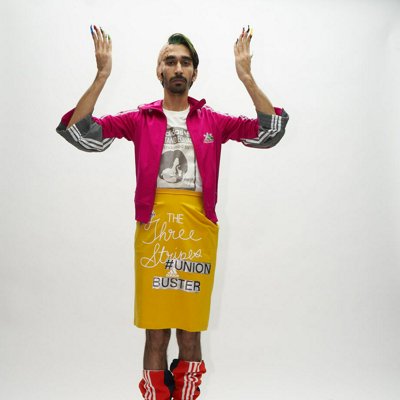 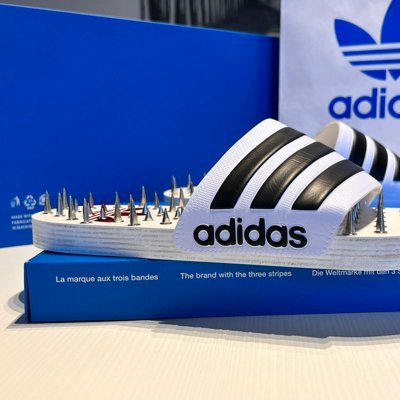 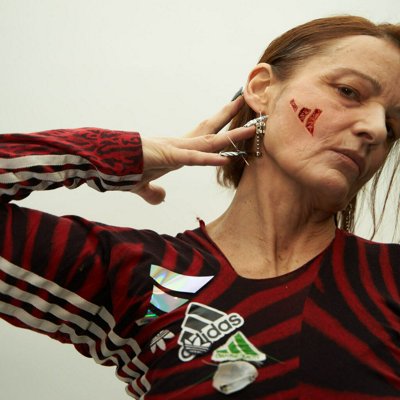 Your Media Cart is empty

This media cart seems empty. Start filling it by clicking "add to media cart" button and share your cart with as many friends or colleagues as you like for them to directly download your content.

Some assets do not have this file type and hence the next best quality file will be downloaded!
Download

{0} is unavailable, please choose another format